What is this “CT” (Cycle threshold) count in COVID testing, and why is it important? – The Village Doctor
Skip to content

What is this “CT” (Cycle threshold) count in COVID testing, and why is it important? 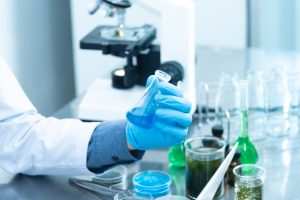 The cycle threshold is a property of the PCR test that indicates how much virus an infected person harbors. Standard PCR tests identify SARS-CoV-2 infection by identifying and amplifying viral RNA using a procedure known as polymerase chain reaction, which relies on multiple cycles of amplification to produce a detectable amount of RNA. The best-in-class PCR tests can reliably detect as few as 100 copies of viral RNA in a milliliter of spit or snot.

The CT value, or cycle threshold, is the number of cycles necessary to detect a virus. If a positive signal isn’t seen after 37 to 40 cycles, the test is negative. CT values correlate inversely with the amount of viral RNA present in the sample – for example, a test that results positive after 12 rounds (CT value = 12) starts out with more than 10 million times as much viral genetic material as a sample with a CT value of 351.

Studies have shown that patients in the first days of infection have the highest levels of virus, with CT values below 30, and often below 20. As the body clears the virus, CT values rise. More recent studies have shown that a higher viral load (lower CT value) means higher contagiousness. For example, one study, published in Clinical Infectious Diseases in September, of 3790 positive samples with known CT values, found that 70% of samples with CT values of 25 or below could be cultured (a measure of infectiousness), compared with less than 3% of cases with CT values above 35. Lower CT values also appear to correlate with increased risk for severe disease. A report in June from Weill Cornell Medicine found that amount 578 hospitalized patients, 35% of those with a CT value of 25 or less died, compared to 17.6% with a CT value of 25 to 30 and 6.2% with a CT value above 30. Similarly, in August a study in Brazil found that among 875 patients, those with a CT value of 25 or below were more likely to have severe disease and die.1

A significant problem with traditional PCR tests is the duration of time to process a sample and the relatively complex machinery required.  Given their sensitivity at detecting small amounts of virus, they have emerged as the gold standard, but arguably if results take a week or longer to result during a surge, they are close to useless in helping to identify cases quickly enough to prevent further transmission.

Antigen tests, which identify viruses by looking for a part of the virus without requiring amplification of the genetic material, are simpler, cheaper and can provide almost immediate results, similar to an at-home pregnancy test.  But this comes at the cost of greatly diminished ability to detect small amounts of virus (i.e. those infections that would be detected at higher cycle thresholds by PCR).

Many experts, including Michael Mina, a physician and epidemiologist at Harvard, argue that while transmissibility is possible at higher cycle thresholds, there is significantly less virus present and thereby contagiousness is also thought to be significantly less. He points out that cycle thresholds are a log scale – there is exponentially more virus present in a sample with a CT value of 25 than that with a CT value of 30. So, while antigen tests are nowhere near perfect, they could reliably detect those who are most contagious, and the ability to provide a result immediately can greatly aid in public health efforts to control disease spread (picture everyone entering a movie theatre or a conference hall first taking a test that works like a pregnancy test, but on their saliva, that provides results within 2 minutes – while a few people who harbor lower amounts of virus may still make it through, those with significantly elevated amounts of virus – those who are most likely to transmit it – would be able to be identified before entering). Getting antigen tests on the market has been an uphill battle, as our FDA has prioritized the detection sensitivity of PCR tests.  Antigen tests have a very difficult time passing emergency use authorization when compared to PCR-based tests.

We are keeping track of the various testing options available locally, both PCR-based and antigen-based, and hope that more readily available, rapid tests are around the corner. We will keep you updated. You can visit our website FAQ Where Can I Get Tested Locally for COVID-19 for more up-to-date information.