Update: Can I catch COVID twice? 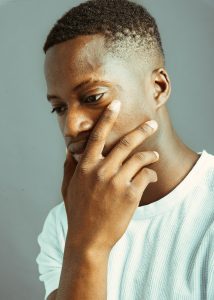 A study published online by King’s College London July 9th, showed that antibody levels to SARS-CoV-2 virus may not last very long at all, allowing for reinfection even within the same year. Antibody levels peak sharply after two weeks, but then decline, generally disappearing entirely somewhere between four months and one year. This quickly waning immunity is consistent with our understanding of the four coronavirus OG’s, the “traditional” four members of the coronavirus family for which we have 60 years of research, and which generally only cause colds. They can come back year after year, and reinfect the same people.  Even without mutating from year to year like influenza viruses. This raises concern about the potential for herd immunity from natural infections and raises issues about the immunity conferred from vaccines.

Most scientists, however, are relatively optimistic. Although antibodies can wane substantially within months — particularly in patients with the less severe disease — they sometimes persist, even in mild cases. Neutralizing antibodies, the most important kind, as well as memory B cells and T cells seem to be relatively stable over at least 6 months, a preprint posted on 16 November shows, which “would likely prevent the vast majority of people from getting hospitalized disease, severe disease, for many years,” lead author Shane Crotty of the La Jolla Institute for Immunology told The New York Times.

And there are hints that people who have serious COVID-19 mount the strongest responses, just as in the two other serious human diseases caused by coronaviruses, severe acute respiratory syndrome (SARS) and the Middle East respiratory syndrome. Both trigger high antibody levels that last up to 2 years, and T cell responses to SARS can be detected even longer. Because of these persistent immune defenses, “I expect that most reinfections will be asymptomatic,” says Antonio Bertoletti, an infectious disease specialist at the National University of Singapore. He says being reinfected might even be a good thing, “since you will continue to boost and train your immune system.”

This underscores the ongoing need for ongoing social distancing and the use of masks to keep vulnerable contacts safe from those with asymptomatic reinfections, and the need for an honest, apolitical, science-based policy that adapts to new information about this disease as we learn more about it.