What is the “Great Barrington Declaration” (or why is a Stanford doctor promoting “herd immunity” at the White House)? 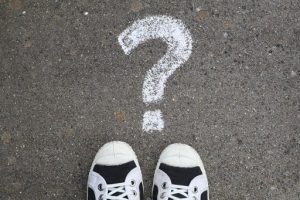 WHAT IS THE “GREAT BARRINGTON DECLARATION” (OR WHY IS A STANFORD DOCTOR PROMOTING “HERD IMMUNITY” AT THE WHITE HOUSE)?

The Great Barrington Declaration was authored and signed October 4th by a team that came together at an economic policy think tank in Massachusetts to suggest a public health approach very different from current COVID-19 policies. The authors include Martin Kulldorff, a Harvard Medical School professor of medicine, Sunetra Gupta, a University of Oxford professor of theoretical epidemiology, and Jay Bhattacharya, Stanford University professor of medicine. The authors subsequently presented their ideas to Dr. Atlas (President Trump’s new pandemic advisor) and the Health and Human Services Secretary in Washington, so the message was widely spread quickly. As of last week, organizers say 35,000 doctors and scientists have signed the declaration that supports working towards herd immunity.

The declaration calls for a change to a method of controlling Coronavirus called “focused protection,” which the document states “is the most compassionate approach that balances the risks and benefits of reaching herd immunity, [by allowing] those who are at minimal risk of death to live their lives normally to build up immunity to the virus through natural infection, while better protecting those who are at highest risk.” The authors argue that “current lockdown policies are producing devastating effects on short- and long-term public health,” and that “keeping these measures in place until a vaccine is available will cause irreparable damage, with the underprivileged disproportionately harmed.”

The proposal suggests that public health responses should more directly be targeted at the vulnerable populations, but that those who are young and not high risk “should immediately be allowed to resume life as normal,” including opening schools, resuming sports, opening restaurants and businesses and resuming cultural activities. This plan aligns with their goal to “minimize mortality and social harm until we reach herd immunity.” Importantly, the declaration does not mention masks, social distancing, avoiding crowds and indoor environments, or any of the other recommendations pushed by most government and scientific experts.

Thus, as expected, this declaration has been met with criticism and has been called “dangerous.” Dr. Anthony Fauci, has dismissed the declaration as unscientific, dangerous and “total nonsense.” Notably, the declaration does not present any data nor does it have specific suggestions as to how to implement the change. The main argument against a public health policy with the goal of achieving herd immunity is that it may not be possible without a vaccine. Herd immunity occurs when enough of a population is immune to a virus that it is no longer able to pass from person to person- current estimates are that 10% of the population are currently infected, which is far from the 60% that most scientists believe need to be immune for herd immunity to be effective at preventing disease spread.

Opponents say that attempting to achieve population-level immunity without a vaccine could result in many tens of thousands of preventable deaths. In the opposition paper,  titled the “John Snow Memorandum” (named after a legendary epidemiologist) — eighty expert authors call herd immunity “a dangerous fallacy unsupported by scientific evidence.” The other trouble is that we don’t yet know that having COVID-19 provides long term immunity, which makes the idea of counting on herd immunity to protect you even less promising.

“There are a lot of communities around the world that have tried to take the approach of ‘let it spread and we’ll do minimal separation and social distancing’ and [those communities] have seen bad outcomes,” Dr. Jeff Smith, executive officer of Santa Clara County said. He argues that the restrictions are needed to protect the vulnerable because the virus can be spread by people who don’t know they’re infectious.

As of now, while the current administration generally supports the ideas stated in the Great Barrington Declaration, there are no new national policies, but rather the public health policies regarding restrictions and lockdowns still remain in the hands of the states. Given the recent upward trend in cases and deaths across the US, it seems that now is probably not the best time to drastically change policies, but of course it is always important to consider different approaches as many would argue that we have not found the appropriate balance just yet.